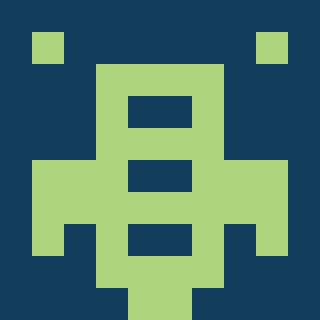 Nantes, Grenoble – France, July 5, 2022 – Clever Cloud, a European provider of automation and optimization solutions for websites and applications hosting, and Kalray (Euronext Growth Paris: ALKAL), a leading provider of a new generation of processors and acceleration cards specialized in Intelligent Data Processing from Cloud to Edge, announce a partnership aimed at strengthening the relationship between the two companies for the deployment of next-generation storage solutions.

Clever Cloud, which is currently setting up in a third Parisian data center and strengthening its technical platform, has chosen to partner with French company Kalray and its Flashbox™, a new generation of NVMe storage array that can accommodate up to 24 PCI Express (NVMe) SSDs, for its high-performance storage solution.

A unique concept on the market today, the Flashbox™ as proposed by Kalray benefits from ultra-fast interfaces and low power consumption. It can deliver up to 12 million IOPS through a 2x 100 Gb/s network interface and is based on market standards such as Storage Performance Development Kit (SPDK), NVMe/TCP or RDMA over Converged Ethernet (RoCEv1/v2). It will eventually be offered by storage vendors using Kalray cards.

“Kalray’s solution meets all our needs and the criteria that are important to us, whether in terms of sovereignty, openness, resilience, energy efficiency or performance“, said Quentin Adam, CEO of Clever Cloud.

The Flashbox™ is currently being tested in Clever Cloud’s infrastructure and will join its new Paris data center where it will work alongside the latest generation of compute servers Clever Cloud is installing there. It will enable Clever Cloud to offer greater flexibility to its customers in managing storage, but also to support the launch of new offerings.

This is part of the development of Clever Cloud’s Storage API, which allows various storage sources, whether local, remote or via third-party cloud service providers, to be simply allocated to the virtual machines that host users’ applications. This open, multi-cloud approach is what makes Clever Cloud so successful.

Clever Cloud and Kalray: for a “made in France” R&D

Clever Cloud and Kalray are also partnering in several projects where they are working closely together to leverage Kalray’s K200-LP™ cards as accelerators to offload Clever Cloud’s network layer functionalities or computations related to the protection and redundancy of data stored within Clever Cloud’s servers.

“The collaboration with Kalray is not just about two French companies that have an interest in working together, but about two projects that have, at their heart, the creation of value through innovation, where the partnership is also between the technical teams“, adds Steven Le Roux, CTO of Clever Cloud.

“We are very pleased to be working with Clever Cloud, with whom we share common values, both in terms of innovation and the philosophy of our solutions, which are designed to be easy to use, flexible, scalable and open. Kalray has a unique position in Europe in this market of very high-performance and low-power processors. We are proud to be able to build innovative French storage solutions with Clever Cloud and thus contribute to the technological sovereignty of France and Europe”, declares Eric Baissus, President and CEO of Kalray.

The Flashbox™ will be showcased at the upcoming Flash Memory Summit, a major event in the field, from August 2 to 4, 2022, in Santa Clara Convention Center, CA, USA (booth #940).

Founded in 2010, Clever Cloud is a company based in Nantes, France, and specialized in IT automation. It creates and provides the software building blocks necessary for the flexible deployment of applications on self-service PaaS architectures. Its clients include such major names as Airbus, AXA, Caisse d’Épargne, Cegid, Docaposte, MAIF, McDonald’s, Solocal, SNCF, TBWA…

Kalray (Euronext Growth Paris – FR0010722819 – ALKAL) is a fabless semiconductor company, a leading provider of a new class of processors, specialized in Intelligent Data Processing from Cloud to Edge. Kalray’s team have created and developed its leading-edge technology and products to help its clients maximize the market possibilities presented by a world dominated by massive, disparate and pervasive data.

Founded in 2008 as a spin-off of CEA French lab, with investors such as Alliance Venture (Renault-Nissan-Mitsubishi), Safran, NXP Semiconductors, CEA and Bpifrance, Kalray is dedicated through technology, expertise and passion to offer more: More for a smart world, more for the planet, more for customers and developers.