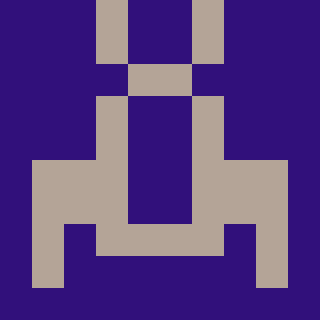 We have some news about our dear clever-tools, the Clever Cloud CLI for humans, robots and others.

Back in January, we released version 0.10.1 which contained some new commands and a few bug fixes. Today we're releasing version 1.0.0!

You can find all the details about the user oriented changes in the CHANGELOG. In this article, we'll cover the structural changes related to the project:

Now let me tell you the story of this release…

It all started with issue 195. With the previous version, when a user tried to clever deploy a non existing branch, the error message was a bit too raw. Our colleague Philippe wanted emojis, but we had to decline 😭.

While investigating this error message and how to improve it, we realized that the command was not returning a proper error exit status. This is a very important rule to follow when you're writing a terminal command/script:

Our CLI is built for humans AND robots. We want to empower our terminal addicted users. Moreover, we want to empower our users to automate anything related to Clever Cloud in their CI/CD pipeline. In such cases, returning a proper error exit status is crucial to mark a CI/CD job as successful or failed.

We took a quick look at the rest of the codebase and noticed that other commands were concerned by this problem. We reworked the code of clever deploy and decided to apply the same error handling to all the other commands:

This obviously required some significant work. We had to go through all the 28 commands. Nevertheless, we're sure this will help you to build more robust and automated jobs, interacting with the Clever Cloud platform.

While we went through the codebase, we took the opportunity to do a bit of refactoring.

First, we decided to update all our code to ES2015+ syntax. We tried to use most of the modern good practices of the JavaScript ecosystem when it made sense (destructuring, rest parameters, fat arrows…). We also decided to setup an ESLint config file (based on StandardJS) to enforce our codestyle for the next iterations. This lint check is now part of our automated test suite on Travis CI which is triggered on each pull-request.

This big refactoring took some time but it allowed us to reduce the number of lines of code while improving the overall consistency and readability. We hope this will drive more users to customize the clever-tools and propose pull-requests for bug fixes and feature requests.

Looking at how easily the new clever console was added by an outside contributor, it seems like we're on the right path.

During this refactoring, we updated most of our dependencies but one of them required special attention: NodeGit.

NodeGit is a node.js module which provides bindings over libgit2, a portable and pure C implementation of the git core methods. This is commonly referred to as a "native module" in the node.js ecosystem. Each time you install NodeGit, npm will try to build libgit2 from source (in some situations, it will try to download pre-builds). Because we want our users to have a straightforward installation experience, this native module thing had many drawbacks:

All those problems pushed us to stop releasing the clever-tools via npm. ⚠️ SPOILER ALERT: it's back for version 1.0.0.

The second problem is that we use pkg. This tool is great. It lets you compile a node.js project to different portable binaries for MacOS, Windows and GNU/Linux. We've been using it for a while to provide various installation methods. When we dropped installation via npm for 0.10.1, the binaries built with pkg where the only official way to use the clever-tools.

This mix of NodeGit + pkg complicated the situation even more:

isomorphic-git is a "pure JavaScript implementation of git that works in node and browser environments". The project was created by William Hilton. This guy is awesome!

As I said, we heard about it in February but we only tried to use it for our use-case in July. It does not support all the git feature set (yet) but it has strong foundations and we only need a few things for the clever-tools:

We were missing a few features so we reached out to William to see if we could help and/or contribute. In the end, we contributed a few features in the codebase and we sponsored the hosting of the CORS-proxy which is used to demo the project in browsers.

By replacing NodeGit with isomorphic-git, we can say goodbye to most of the problems we described earlier:

Because we decided to ditch NodeGit, we were able to simplify the packaging (no more nodegit.node and no native dependencies). This required some rework on our Jenkins builds but it was a good occasion to migrate 5 different jobs to one multibranch pipeline project.

We'll discuss the details of this new build system and how we set it up in another article. For now though, here's what changed:

The structural changes of this release will help us to be more reactive on the project. We'll be able to publish new features and bug fixes more easily and more often. Hopefully, this will improve the quality of the clever-tools and push more customers who only use the Web console to try the CLI way of life.

We're looking forward to read your feedbacks on this release through are usual channels: support chat, email, Twitter, GitHub issues…

Hello, I'm Hubert. I'm a software engineer working for Clever Cloud in Lille and I love the Web!