How to Deploy your Elixir/Phoenix Application to Production 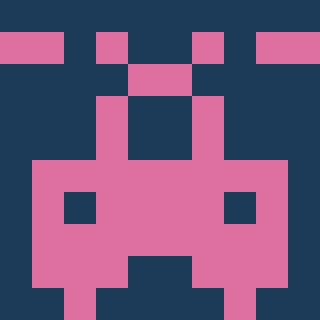 Hi everyone! Today let’s follow a simple deployment tutorial to learn how to deploy your Elixir/Phoenix Application.

If you follow this tutorial, I assume you already have Elixir and Phoenix’s dependencies installed locally. If you don’t, you will probably want to read this tutorial.

To create a brand-new Phoenix application locally, we just need to type in our terminal:

Creating the database locally isn’t crucial for this tutorial, but it can help if you want to code on your machine.

If you use OSX like me, you may encounter this error: (Postgrex.Error) FATAL 28000 (invalid_authorization_specification) role "postgres" does not exist. This is because when installing PostgreSQL with brew, it creates a user with your short name, not postgres. To fix this, open the project with your favorite text editor and replace username: "postgres", by username: "<your name>", in the file config/dev.exs. For instance, my name is valeriane venance in my computer so I replace with username: "valeriane",.

Step 2: Getting your Application Ready for Production

From the code perspective, all we need to do is to edit config/prod.secret.exs to replace System.get_env("DATABASE_URL") with System.get_env("POSTGRESQL_ADDON_URI"). This is because we will use the PostgreSQL add-on environment variable provided by Clever Cloud to your application instead of the default value.

Back in our terminal, we will generate a secret token that we will save for later with $ mix phx.gen.secret and check our elixir version with $ elixir -v.

And that’s it. Easy right? Now let’s go into our Clever Cloud console.

If you already are a Clever Cloud user, these steps must be really familiar to you:

Once the previous steps are made, Clever Cloud will provide you a git remote and the commands to add the remote and to push your code. If you had not done it before, initialize a new git repository in your terminal with git init. Then add and commit your code. Now you should be able to copy and paste the provided git commands. If you go back to your Clever Cloud console, you will see that your deployment has started and logs should show up. Wait a few moments and your application will be up and running. You can visit it by clicking the link icon on top of your application’s menu in the Clever Cloud console.

As Phoenix is a framework that was built to be as easy to use as RubyOnRails but less magical, let’s demystify what just happened here.

When we push our code to the remote Clever Cloud provided, the following commands are run:

Then $ mix compile is run. If you want to override this behavior, you can set the environment variable CC_MIX_BUILD_GOAL to the value you desire.

At this point, there is the command $ npm run deploy.

Then $ mix phx.digest is run. You can override this one with the variable CC_PHOENIX_DIGEST_GOAL.

Finally, $ mix phx.server is invoked, and as always, you can override this behavior, either with CC_RUN_COMMAND where you have to specify the full command, or CC_PHOENIX_SERVER_GOAL where it will be a mix task by default.

If you need to specify the time zone of your application, you can do it with the variable TZ set to the usual time zone format, for instance Europe/Paris.

And that’s it really, now you know how to deploy your Elixir/Phoenix Application. All you have to do left is write code, commit and push it again! Happy hacking!